Within the framework of the 230 years of the New York Stock Exchange, Technoglass rang the iconic opening bell of the market of wall street in New York, this June 6. 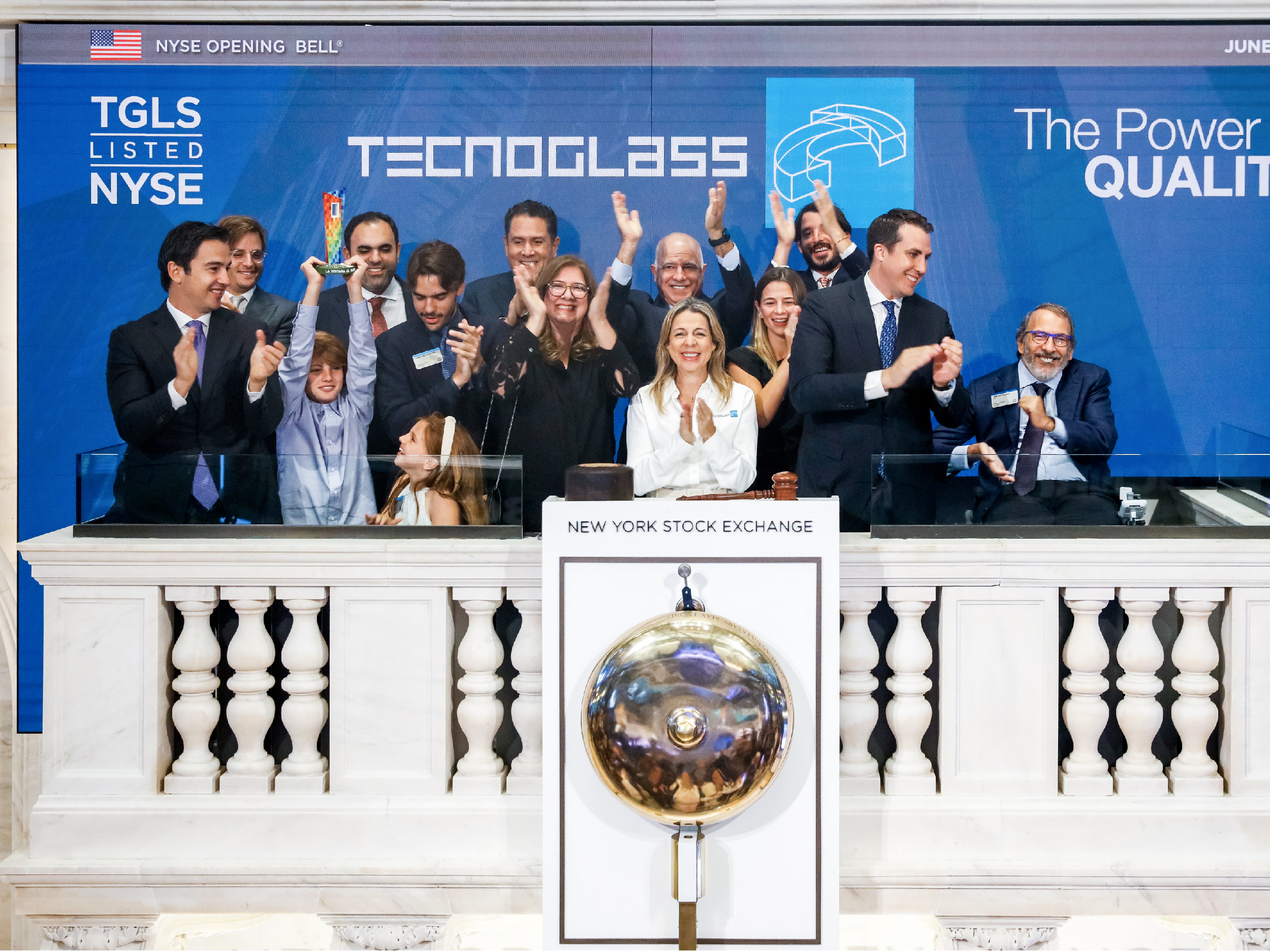 Within the framework of the 230 years of the New York Stock Exchange, Technoglass rang the iconic opening bell of the market of wall street in New York, this June 6.

With this, the glass, windows, and aluminum company become the first Colombian company with shares listed directly on the New York Stock Exchange, this means that it will give more confidence to investors and the markets in the construction sector, mainly in the United States, at a time when the greatest demand for real estate in the world is in this country.

“Be in wall street It opens up the markets a lot for us because customers feel calm when they buy because they feel that the company is being watched that the company complies, that it has higher accounting standards,” he said. Christian Daes CEO of Tecnoglass.

José Manuel Daes, executive director of Tecnoglass assured us “that today a Colombian company from Barranquilla does it for the first time, It is a milestone and it is of great importance, not only for us but for the country, so that many more are encouraged to establish in their companies the rules and the parameters to be able to be here”.

He also stated that “now that it has closed China for America turns out that Vietnam increased its trade surplus by $100 billion dollars, Colombia has not been able to capitalize on that. We should think much more about making Colombia an industrial hub that exports to the United States “.

The ringing of the official bell was in charge of Diana Lorher quality director, who stated that “what differentiates us from other glass companies is quality. We have been with anti-hurricane laminated glass, we have the best optical quality and that is what has distinguished us “.

The company that is already listed on NASDAQ officially transferred the shares last May 9. The company hopes to expand its operation and reach new projects in Miami, New York, and Los Angeles.